ACDC fan Djokovic “Back in Black” 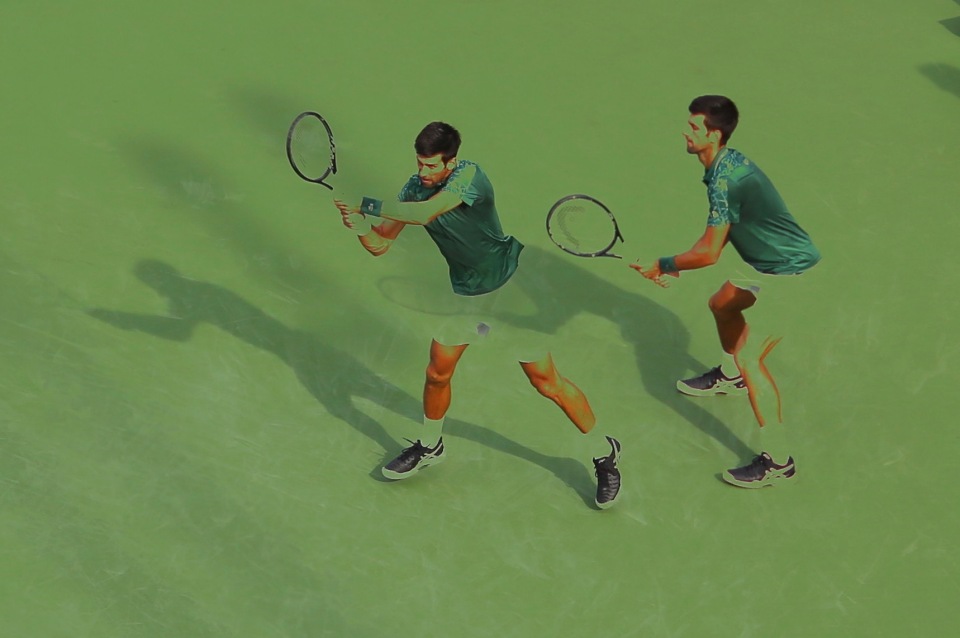 First, they said Novak Djokovic, who held all four majors, was going to surpass Roger Federer as the greatest of all-time.

Then, they said he was finished.

Djokovic, more than anything else, is the greatest at rebounding and re-setting himself in a match. He’s doing this in his career as well.

Amid persistent rumors about his personal life, Novak didn’t panic and retire when his backhand down the line began to desert him in mid-2016 when he was on top of the world.

He took his time figuring out the best way to treat an elbow injury that nagged him even when he won Roland Garros in 2016, completing his career slam.

He overcame the doldrums besetting him early this year, when many wondered if he would ever return to form.

After losing to his buddy Marco Cecchinato in a dramatic Paris afternoon this spring, Djokovic found answers on a mountain hike with his wife.

Since then, he’s climbed back up the rankings to the summit of the sport. It’s one of the greatest achievements in tennis, a sport which often grinds down players too early in their careers.

Novak’s epic comeback doesn’t mean that Djokovic, with 14 career slams and all 9 masters 1000 titles, will eventually overtake Federer and Nadal. But it’s enough  to cement his place among the pantheon of gods in the sport.

← BECK: Suddenly everyone has an opinion about tennis
Code Violation for Discrimination →