When Milos Raonic came to the Rakuten Japan Open in 2010, few tennis fans knew about him. With his “big game” of booming serves and forehands, he surprised Rafael Nadal in an early round match, pushing the world’s top player to raise his game to win.

A few months later at the Australian Open, the teenage Raonic rocketed up the rankings by knocking off higher seeds before bowing to David Ferrer in the round of 16.

Since then, Canada‘s Raonic, ranked no. 10, has continued to play well on this side of the Pacific at the end, and the beginning of the long season. He also won in Chennai, India in January 2012.

In the past month, he won 8 straight matches, including the Thailand Open final, before losing to Juan Martin del Potro 7-6, 7-5 in the Japan Open final. 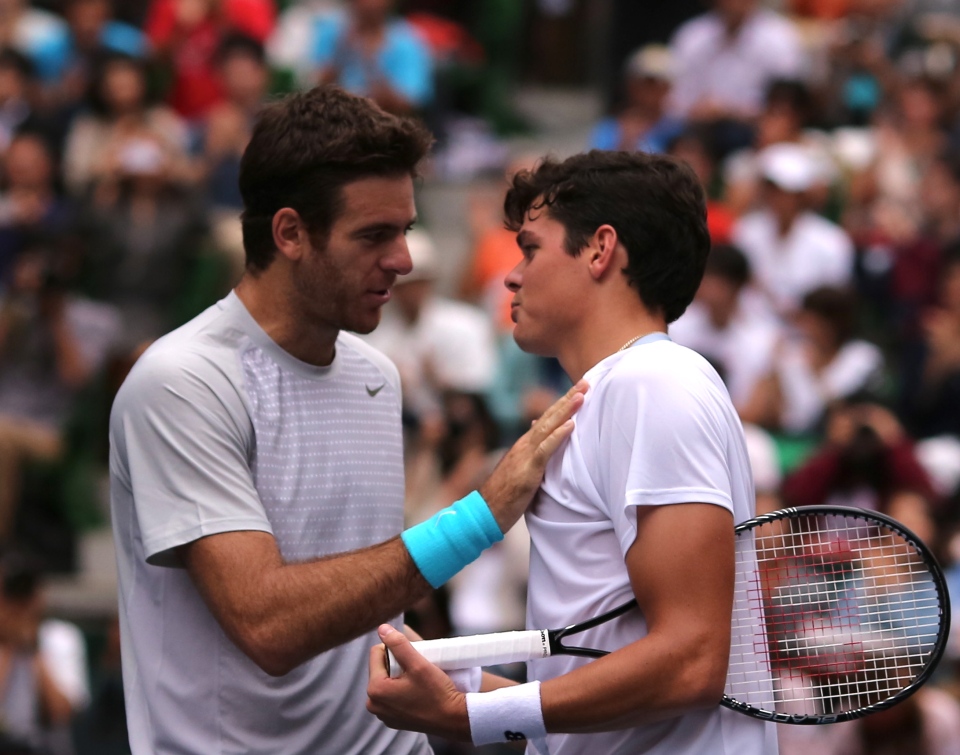 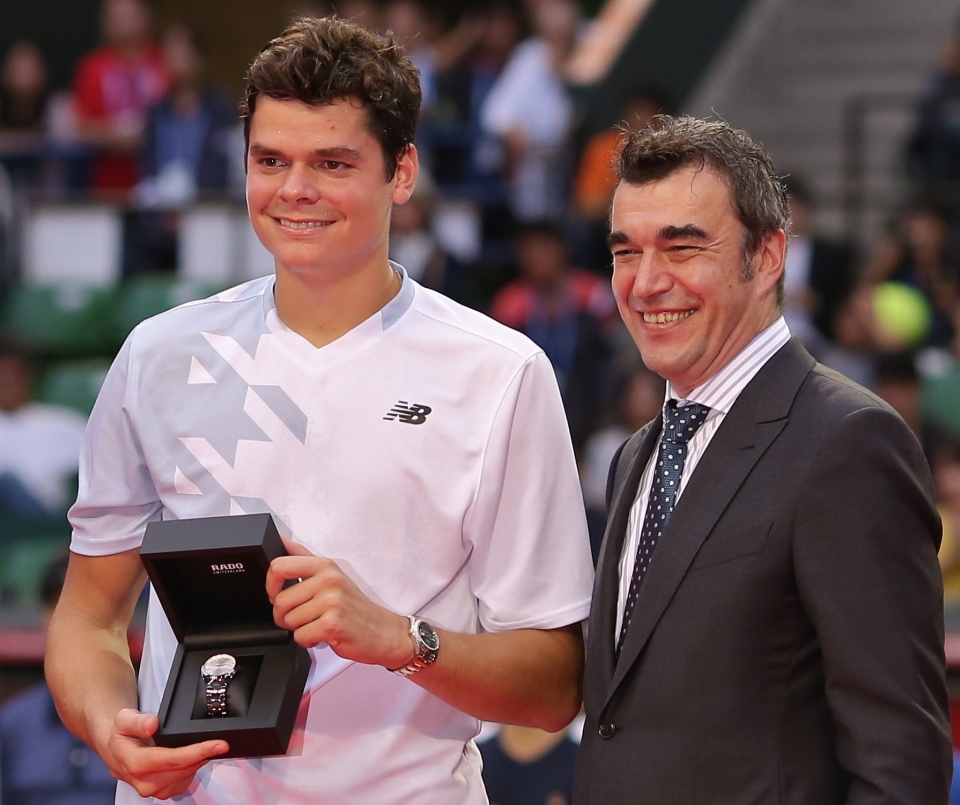 He said the tour’s scheduling of the Asian hard-court season has helped him rise in the rankings at the end of every year. Playing in September and October means wet weather in east Asia — the monsoon in Thailand, typhoons in Japan and China — which forces matches indoors, speeding up surfaces to the advantage of big servers like Raonic.

“I’m much better on hard courts than other surfaces,” he said in Tokyo. “I feel like after playing all summer on hard courts I’m getting better and better as I come into this part of the season.”

“Playing on fast surfaces helps me. This is a part of the season, after the summer, that I can push for. I put a lot planning into it, to be physically fresh and mentally fresh.” 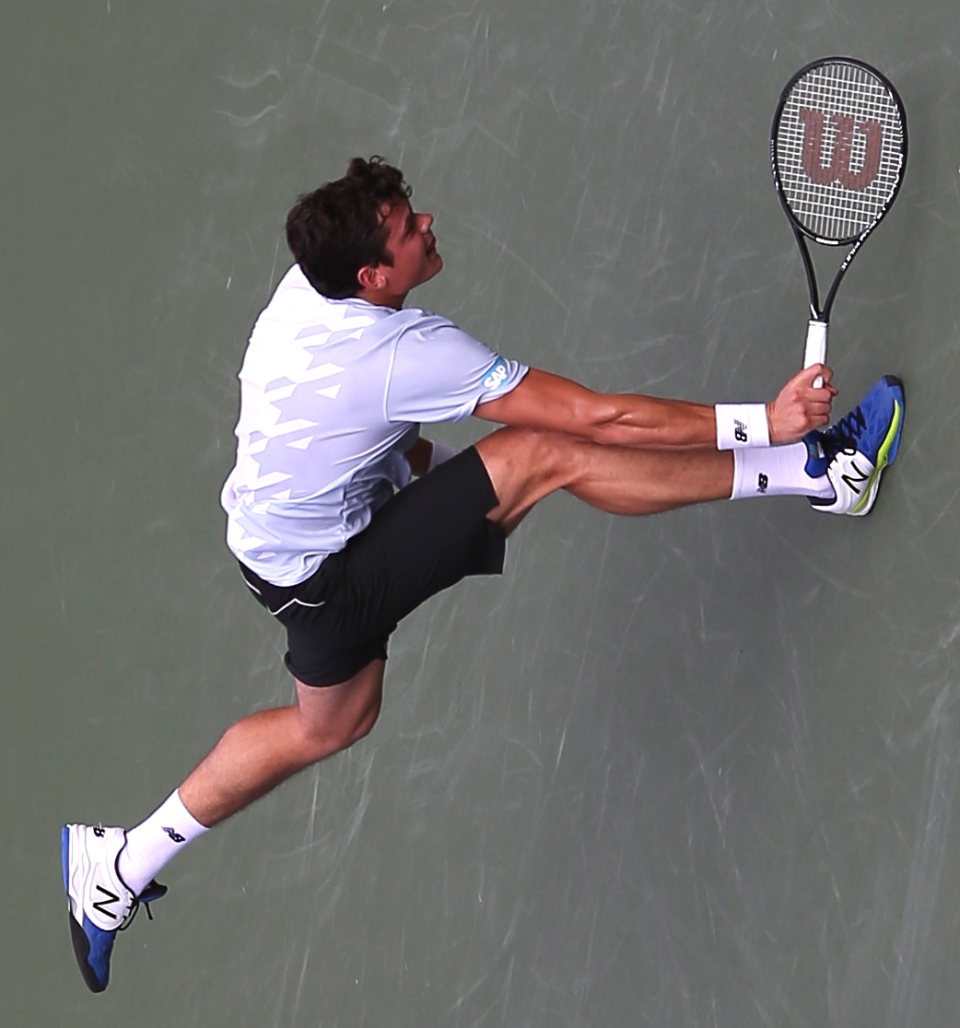 Raonic has clearly gained strength from his 45-minute gym workouts daily. He’s become much more flexible on the court as well. 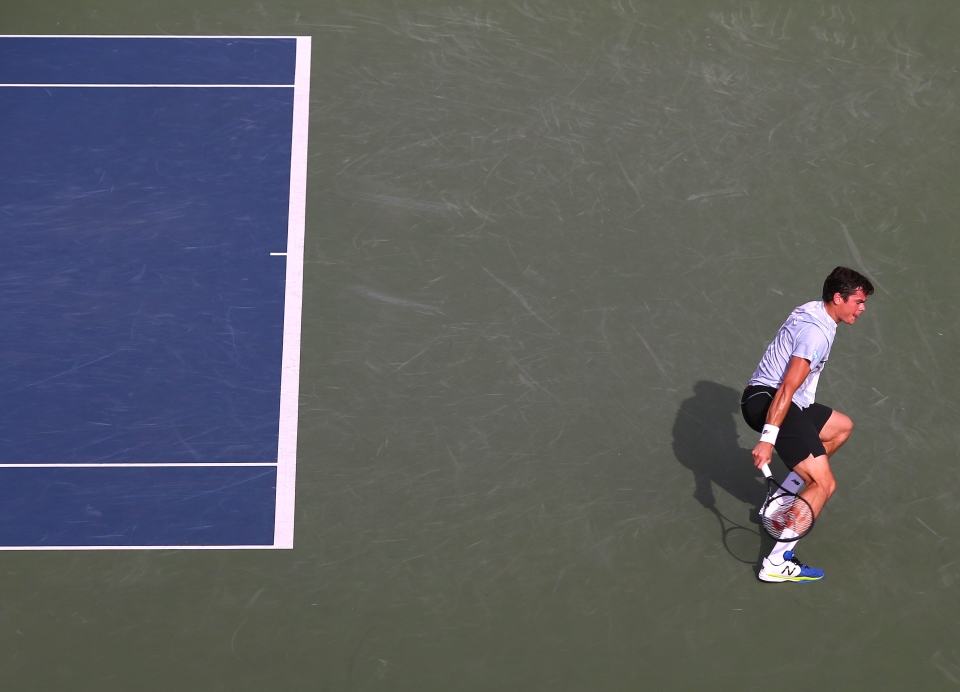 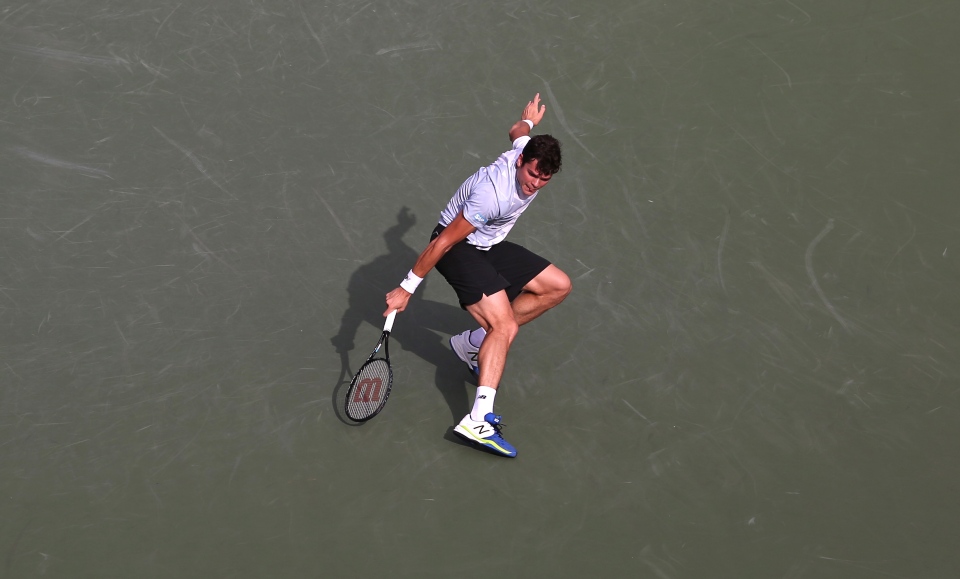 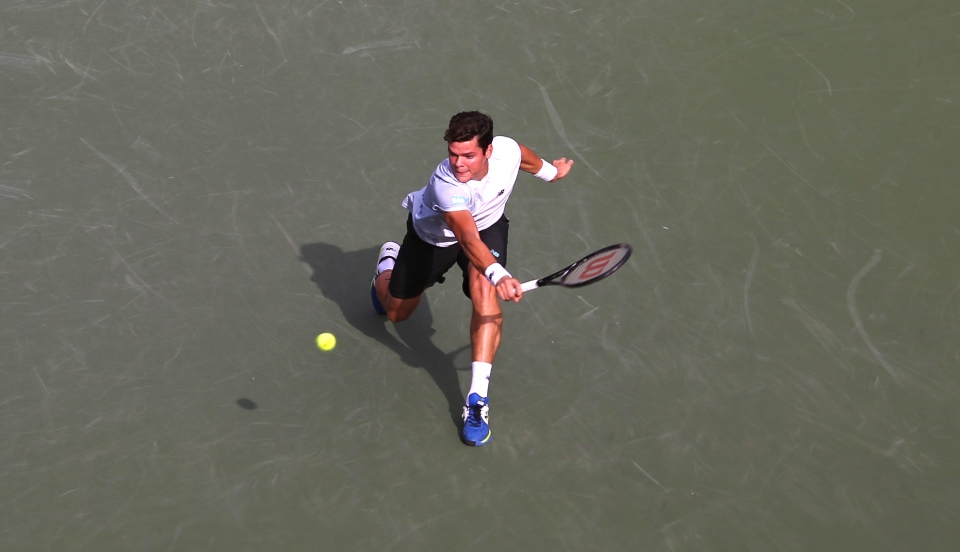 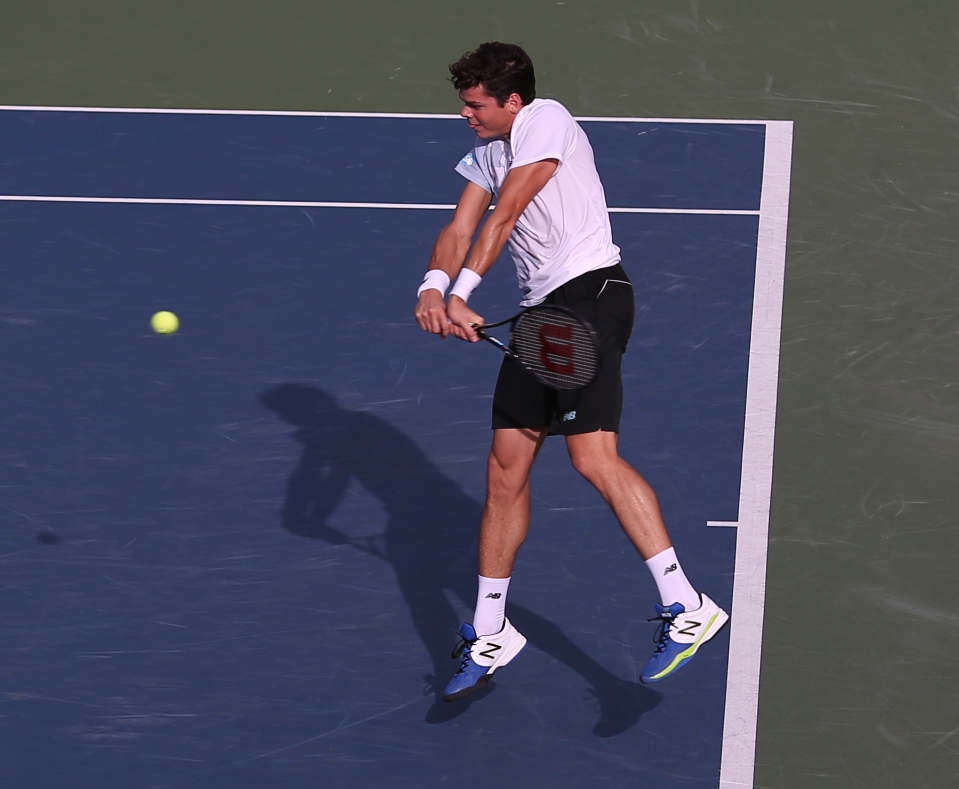 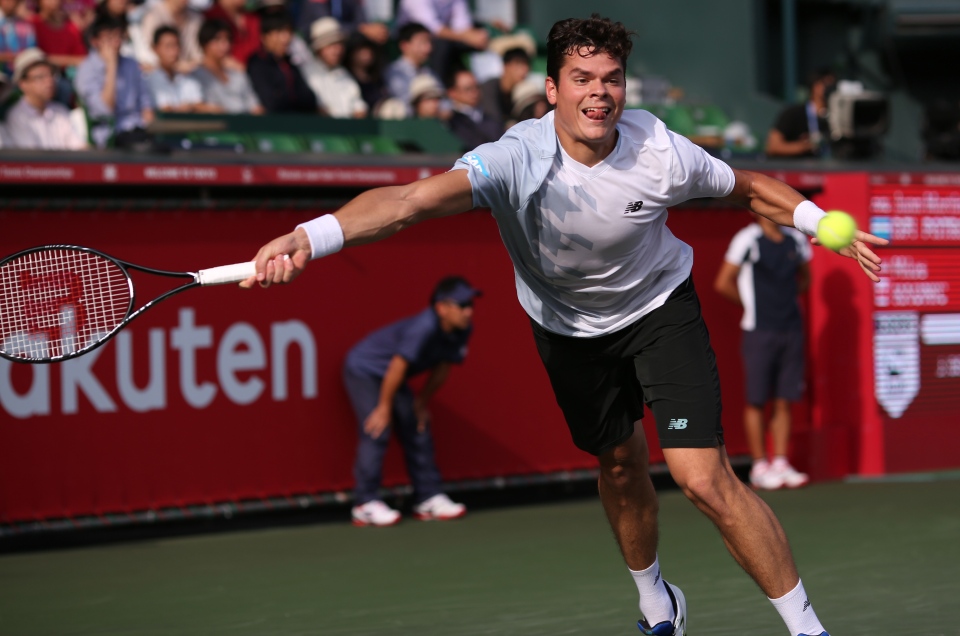 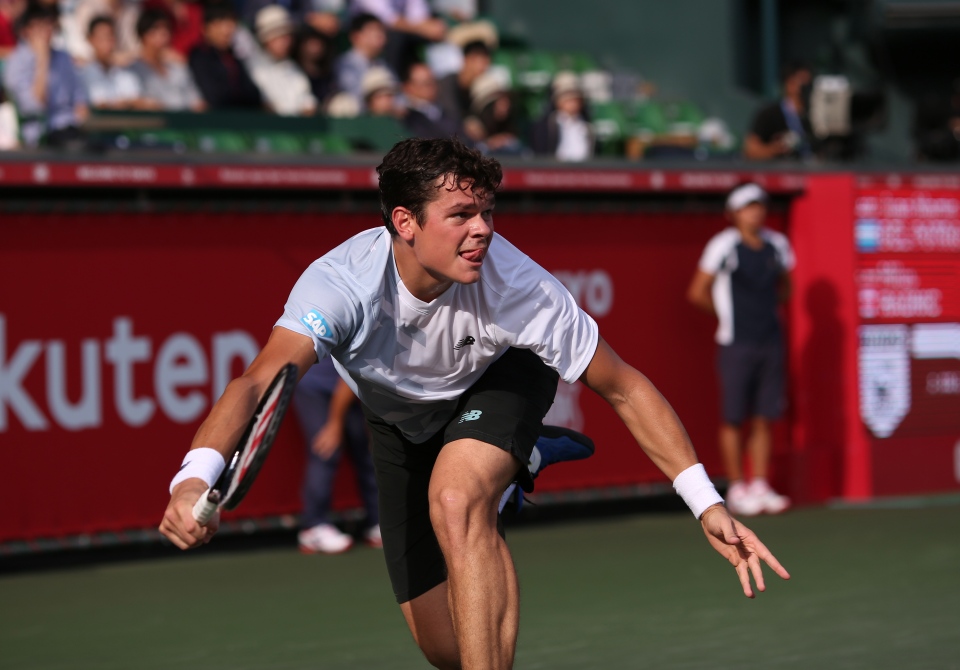 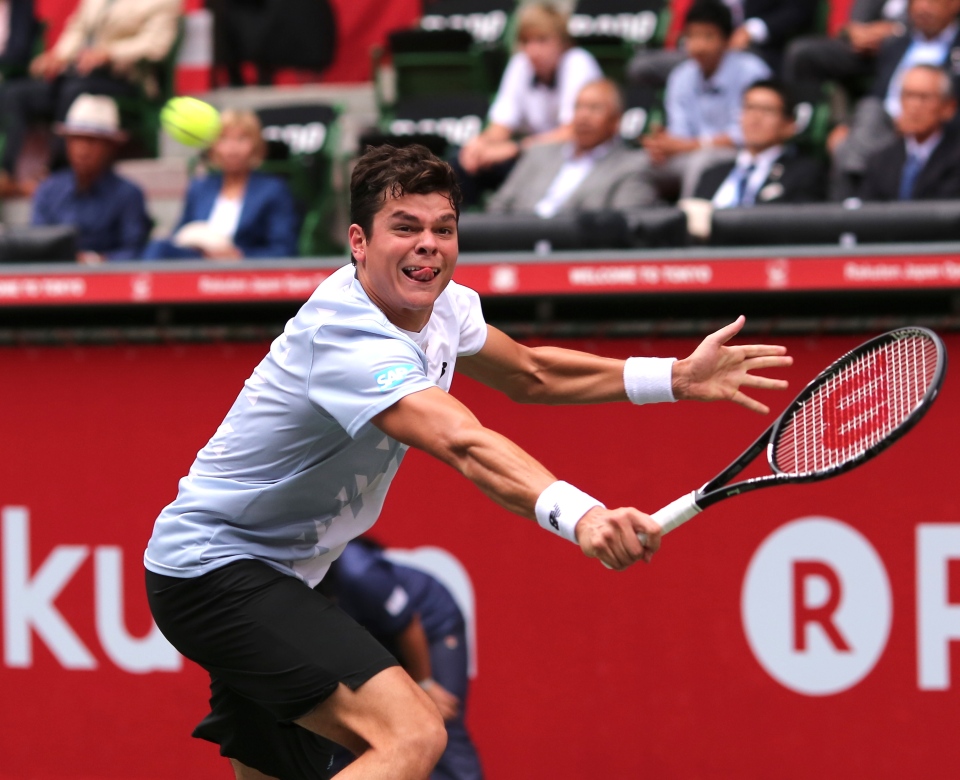 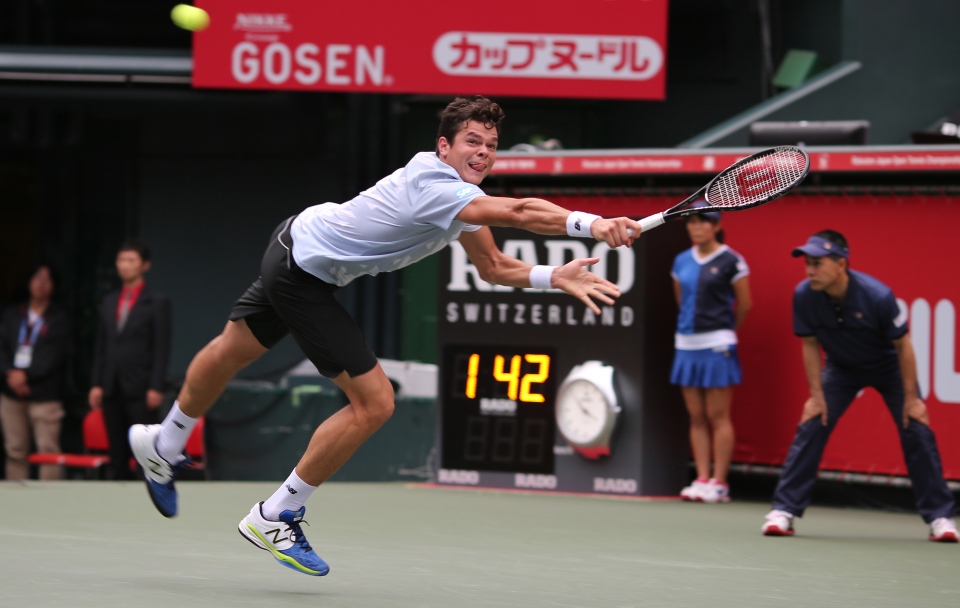 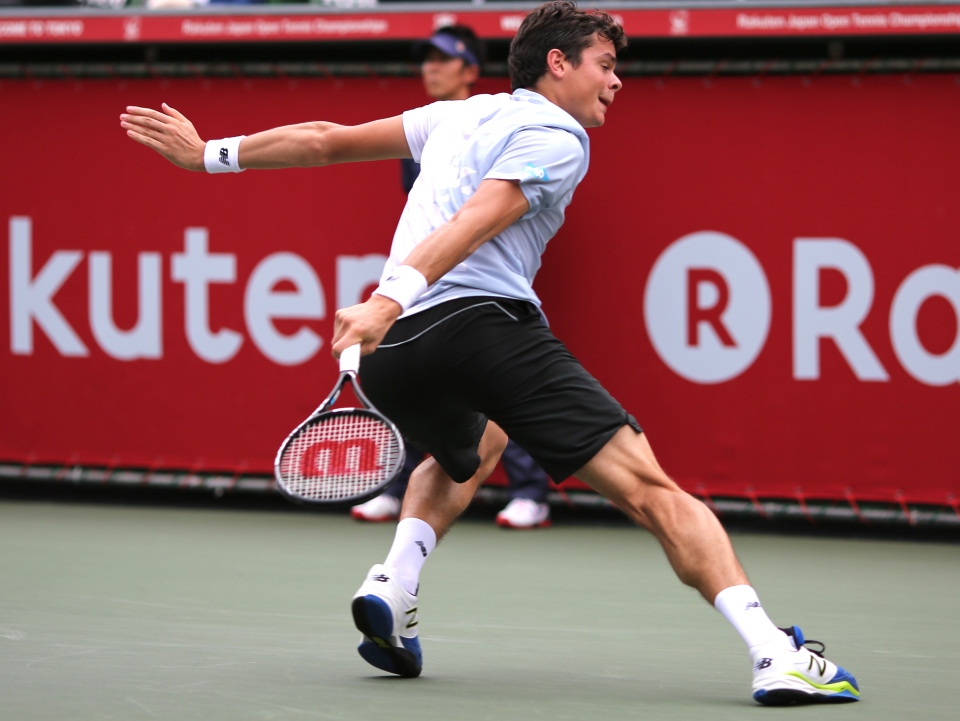 He said he’s training not just to win matches that day, but to eventually challenge Nadal, Djokovic and others. “It’s about being better every day,” he said. “Every day it’s about what I need to do to beat those guys down the road.”

He also works out to avoid injuries, honing muscles in addition to those used in a sport of repeated actions. “We come in for 45 minutes early in the day to work on things from my ankles to my back to my core to my shoulders to my rotation. Even though tennis is a symmetrical sport, we’re trying to be as asymmetrical as possible to avoid injuries.” 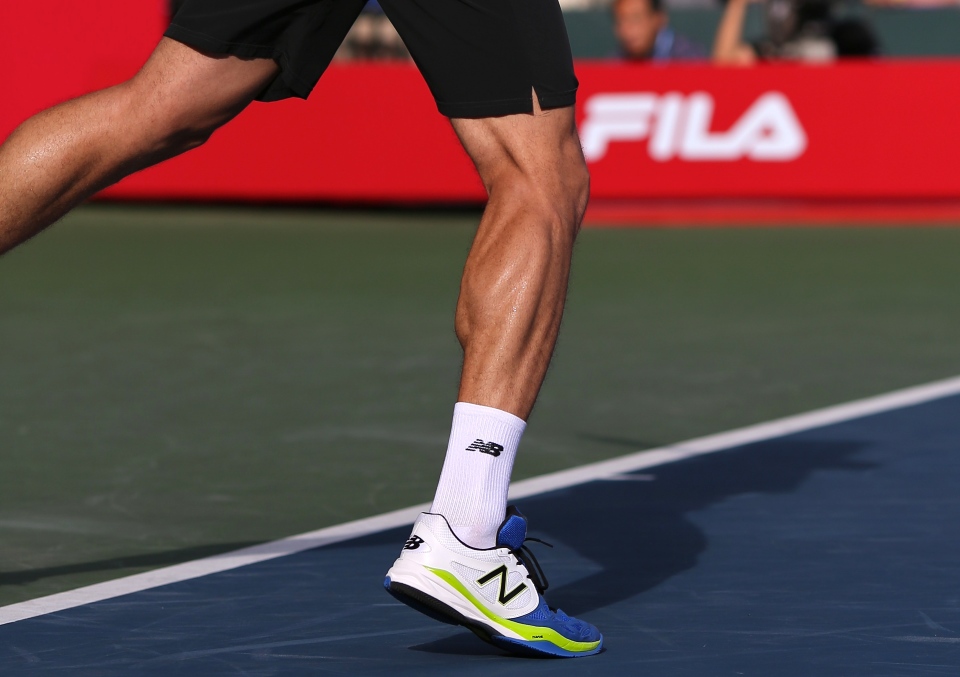 He says he needs to improve his consistency, week in and week out. “I think I can put out the level. I have it within myself, but it’s about getting better and making sure that level stays there. You can play well some days but not well other days. I have to get better on a consistent basis. I have to improve a lot. If things play out right I can put myself in that situation.”

He’s also trying to deal with the pressure of rising fast in the rankings and creating expectations for success. He says he tries to avoid “getting caught up in stuff” that distracts from his goals on the court. “It’s a waste of energy, it puts more pressure on yourself. The one thing I try as much as I can is to focus on the things I can control. Every match you play, there’s what you do, and what your opponent does. I try to keep focussing on the moment that I’m in.” 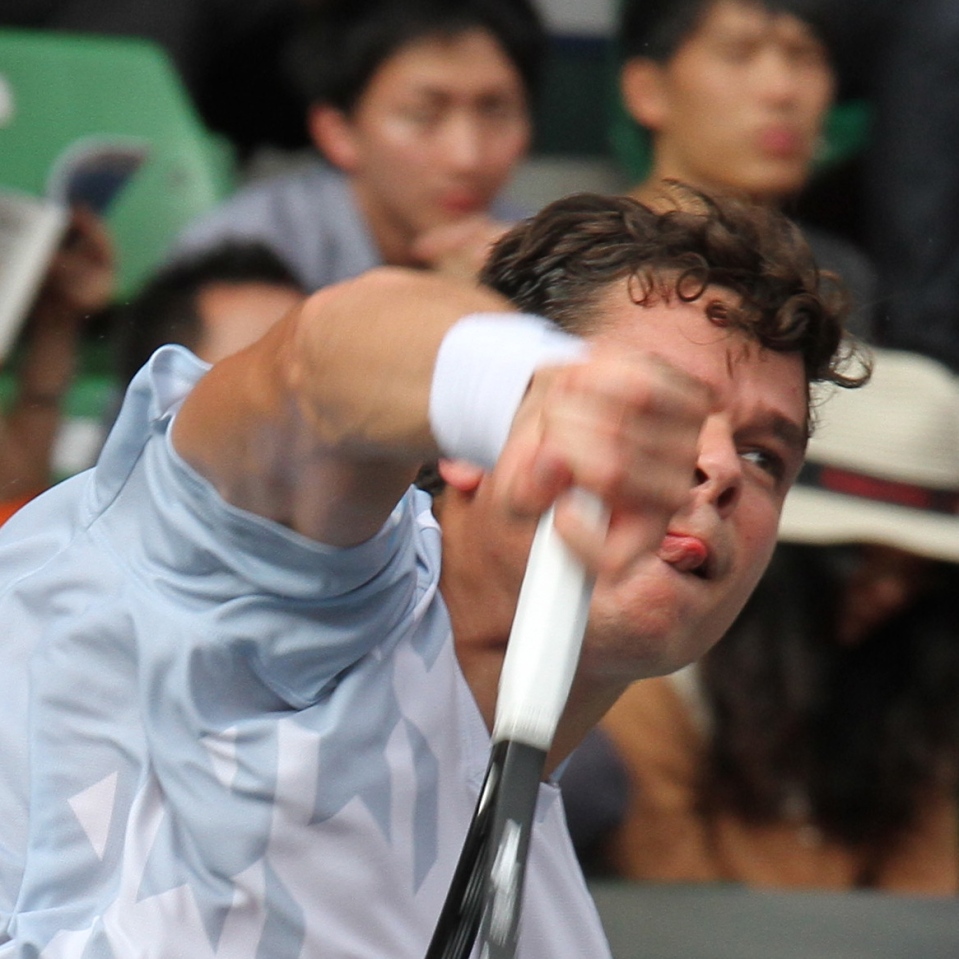 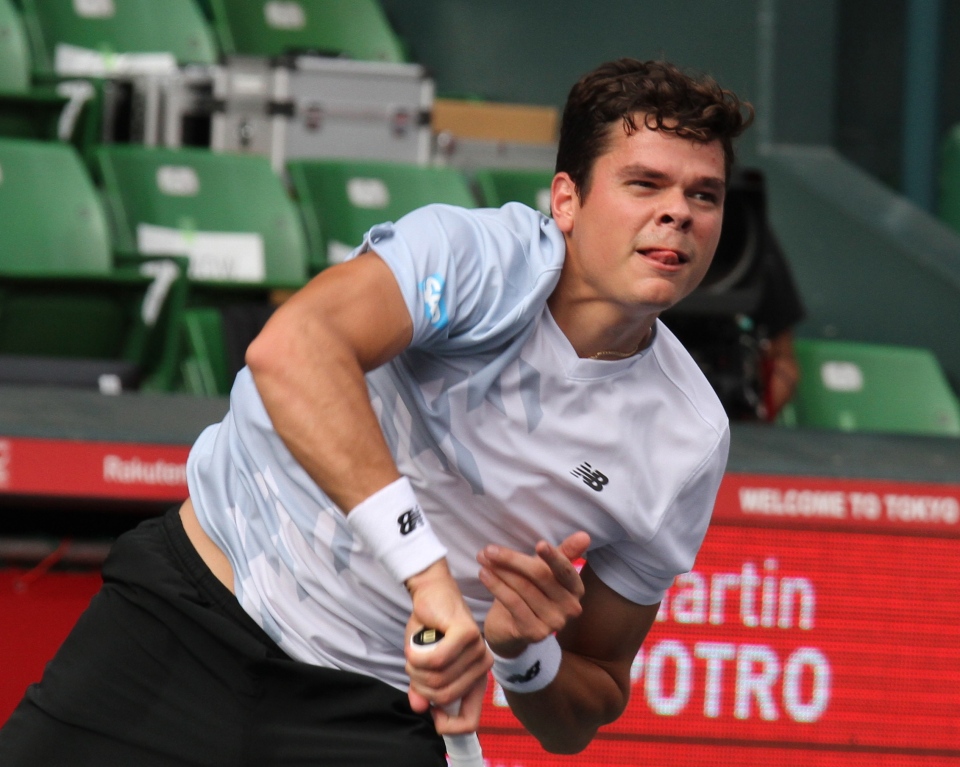 He said he was honored early in his career to hear great things from top players and respected figures in the game. “I’ve been aware that it won’t happen just because people say it will happen.”

“I think the improvement and the ranking is just icing on the cake. I think the most important thing for me is that I’m improving as a player. I’m getting better week in and week out. The way I’m playing, the way I’m training, the way I’m on court dealing physically as well as mentally. I think I’m going to get better at dealing with these situations.” 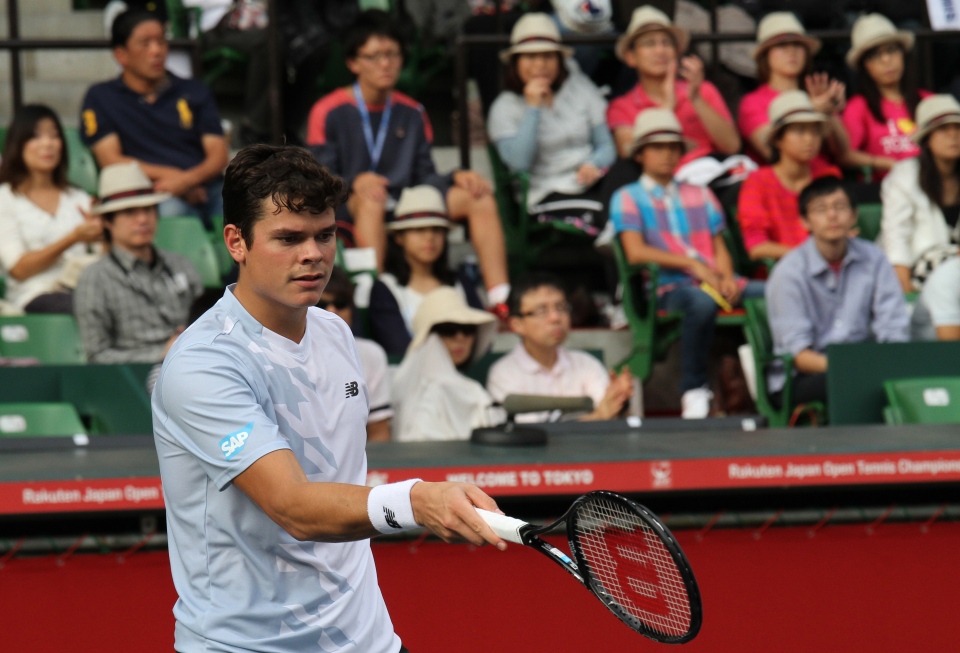 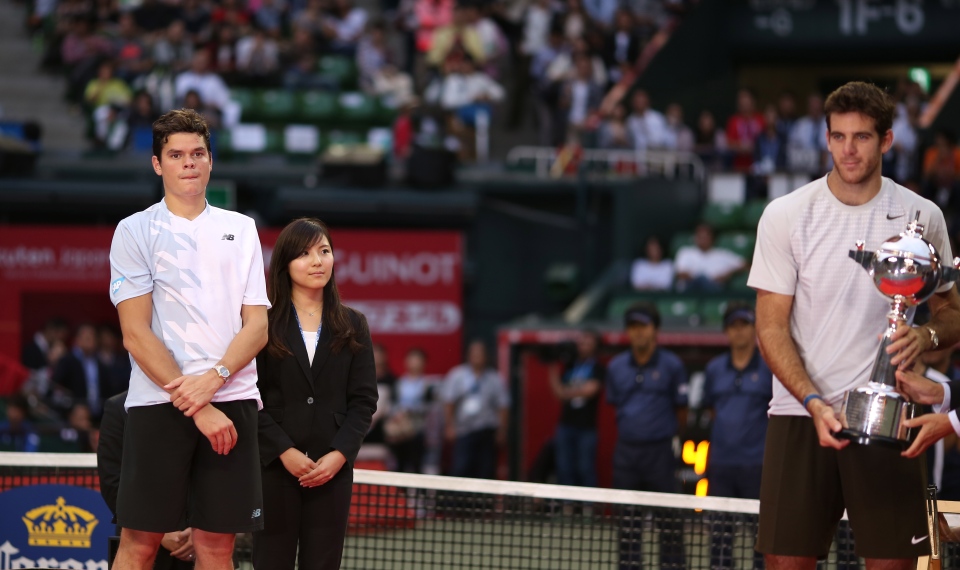 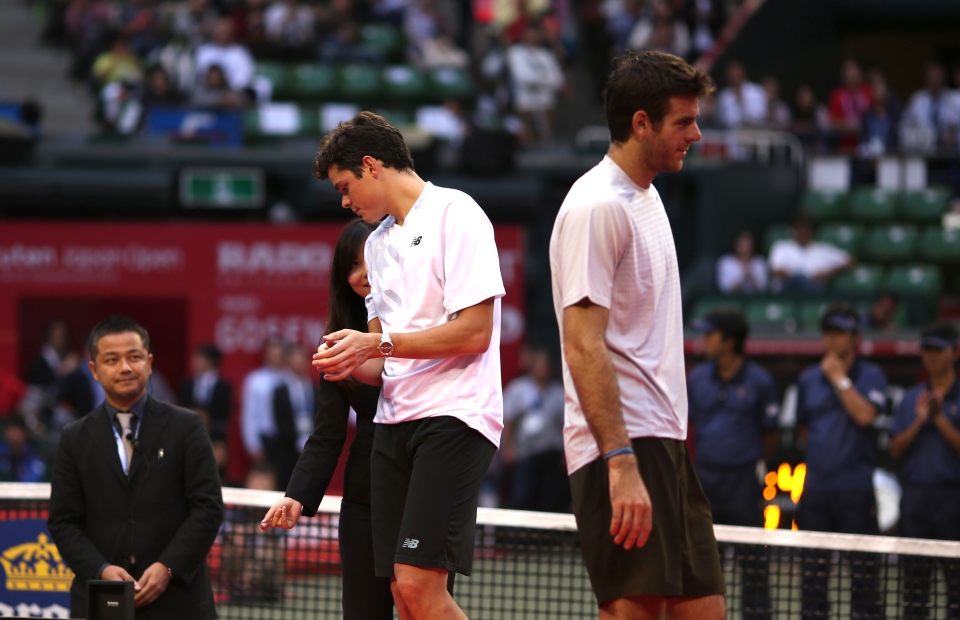 He credits Luis Borfiga and Michael Downey in Tennis Canada for seeing his longterm potential and not pressuring him for quick results. “Even they would understand that it’s not always a smooth ride. There wasn’t pressure that if I do bad, this might happen. They were focused on the long term. It was a relief. I could see that the way to do it is through hard work. The biggest tragedy is that people lose patience. The most important thing is not just to win every match, but the development and progress I get.” 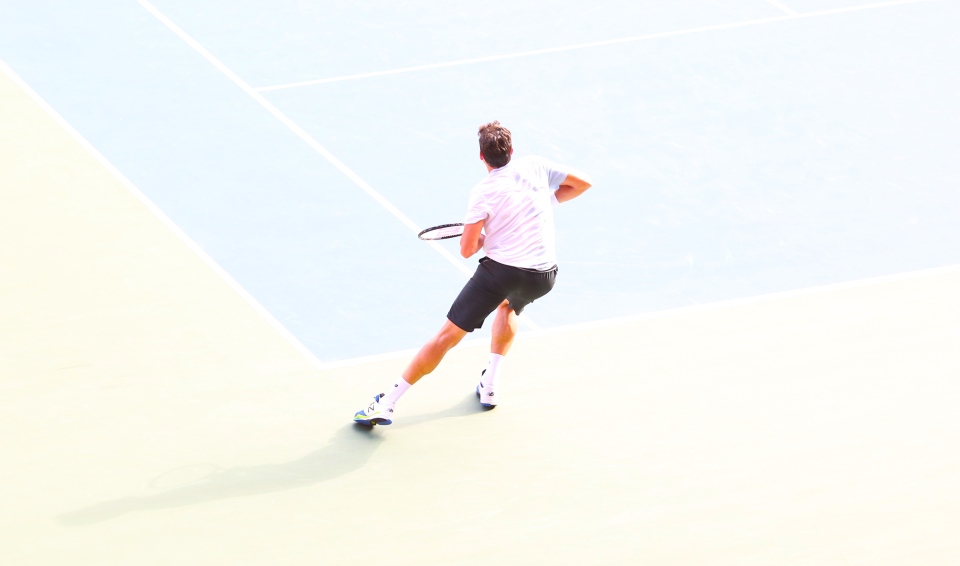 ← Juan Martin del Potro: The King of Cool
Raonic-Nishikori rivalry could be the next Sampras-Agassi, Federer-Nadal →