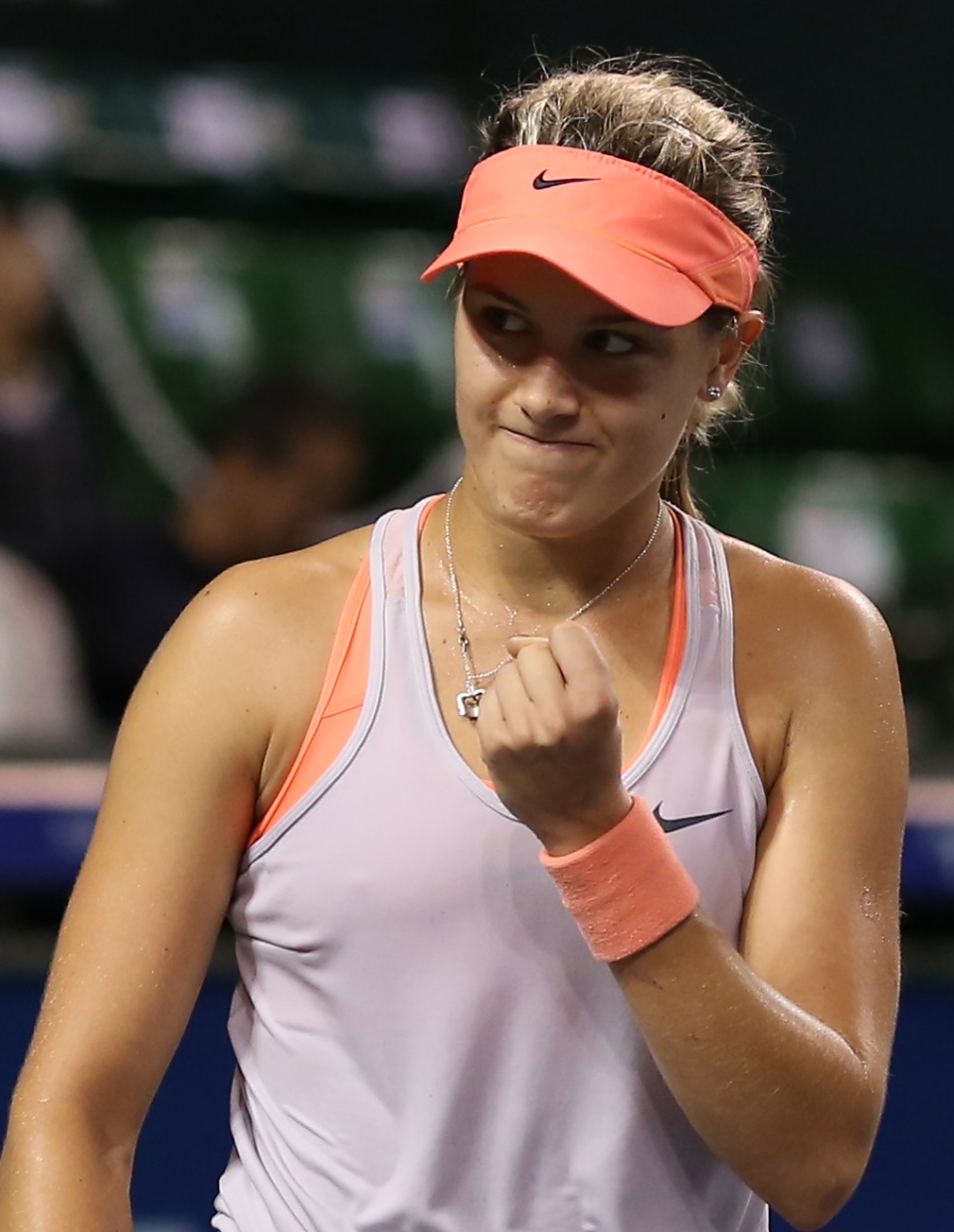 Reaching the Wimbledon final, Genie Bouchard at age 20 has already forged a brand of aggressive power tennis that is distinctly Canadian.

She plays with a play-off hockey mentality. You can see her firing the puck in, relentlessly forechecking, knocking her opponent backward, screening the goalie and scoring off slapshots, deflections and rebounds.

The tennis version of this is Bouchard standing inside the baseline, taking serves on short hops and blasting returns to dictate the point. It’s Bouchard going for broke on every point, bullying older and higher-seeded opponents into submission.

Imposing her will, Bouchard increasingly finds her range as the match progresses. Shots that miss earlier find their target later. As Bouchard gets stronger, the opponent eventually wilts under the relentless bombardment.

“It’s my first grand slam final. I’m just going to go for it,” Bouchard said after beating Simona Halep 7-5, 6-2. “I never say I’m surprised. I believe in myself, I expect good results. I always want more. I got to stay at Wimbledon for two whole weeks. I’m just going to give my best efforts and leave it all on the court.”

From the onset, Bouchard hammered away at Halep, nearly breaking her ankle at one point, forcing Halep to call a medical time-out for treatment early in the first set. Bouchard, saying a mantra to herself and then bouncing on her feet and looking at the wall, maintained focus amid various distractions: a distressed fan needing assistance; another fan yelling out in the final game; a stubborn chair umpire who can’t control boisterous fans.

“It was a little crazy. I’m just happy that I kept my focus and didn’t get distracted or anything,” Bouchard said after the match. “It’s important to enjoy being out there. It’s tough work. But I love working hard. I love tough moments and challenges.”

Off the court, Bouchard has to deal with people trying to take advantage of her rising stardom. Japanese journalists give her candy and ask her to do free advertising. At a presser during the first week of Wimbledon, Bouchard wore a kimono — apparently a “gift” from a Japanese TV network.

After winning her quarter-final match over Angelique Kerber, a rude British journalist asked Bouchard, from the affluent Westmount area of Montreal and trained in Florida, if she would give up her Canadian citizenship to become British as did Greg Rusedski, another Montreal native. It was an unprofessional question offending many Canadians on Canada Day. Bouchard could have told the guy “why would I leave happy Canada for your dreary island”. Instead, she responded with a good-natured Canadian laugh to go with the answer “no”.

And why would she abandon Canada. Bouchard is the quintessential Canadian athlete, embodying the strength, determination and cockiness of a generation of Canadian women who believe Canada is the greatest land on the planet. She’s grown up watching Canadian women win at hockey, soccer, skating, skiing and other sports. She’s got successful parents and a supportive team around her, and a growing legion of fans known as the “Genie Army”. Even Chris Evert says she’s a “believer” in Bouchard.

Bouchard still has to do it. She still has to earn the right to be compared with Sharapova, Williams and other legends of the game. At this point, there’s no reason to believe that Bouchard can’t do it. 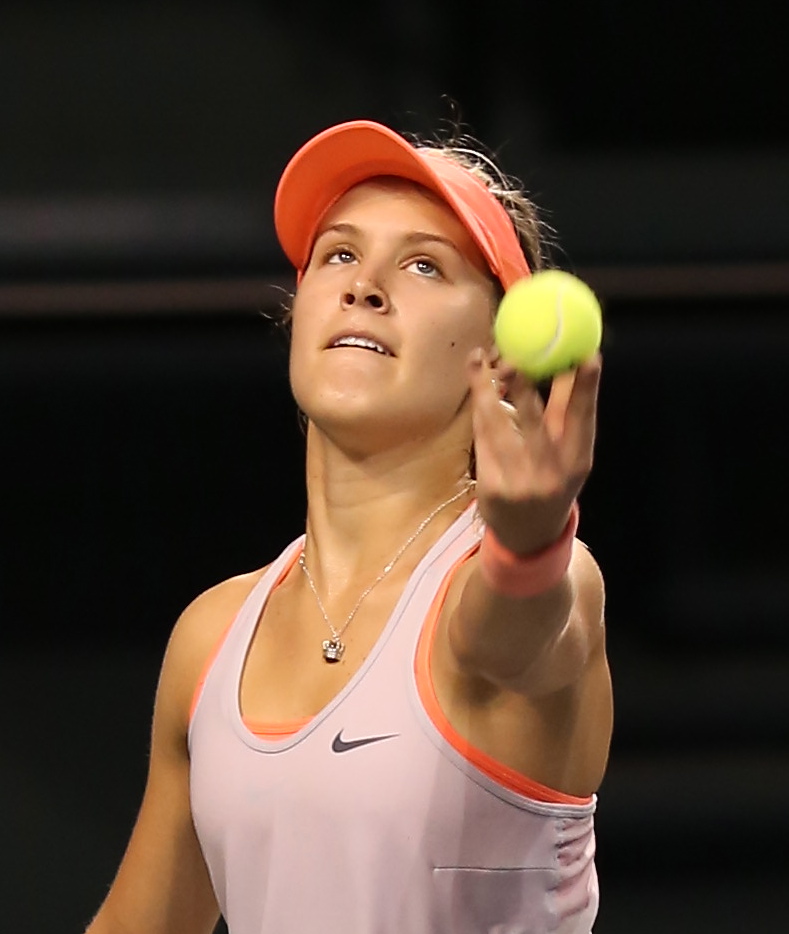